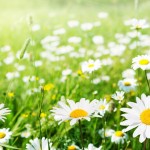 The High Court has carried out a comprehensive review of the law related to lawful killing conclusions in inquests.  R(Duggan) v HM Assistant Deputy Coroner of the Northern District of Greater London  and others EWHC [2014] 3343 (admin) – read more in our case summaries.

The second  Annual Report of the Chief Coroner to the Lord Chancellor  was published in July 2015.  It provides an excellent summary of how the new legal and other reforms of the coroner system have been working and on-going plans for the future.

Dame Elish Angiolini QC  was commissioned in February 2016 by the Home Secretary to carry out an independent review into death in police custody after the Sean Rigg and Olesani Lewis cases.  The review will consider deaths which take place in police custody, following police use of force and self-inflicted deaths within 48 hours of release from custody.

In a recent interview with Owen Bowcott Legal Correspondent for The Guardian (25 July 2016) the Chief Coroner stated that in his annual report he has called for the Lord Chancellor to consider amending the Exceptional Funding Guidance so as to provide legal representation for the family where the state has agreed to provide representation for one or more people (for example police officers or other state employees). He wishes to see equality of arms in funding and representation.

The fourth annual report of the Chief Coroner by HHJ Mark Lucraft QC covered 2016-2017. It was published in September 2017.  Between July 2016 and June 2017 there were 375 PDF reports (prevent future deaths.) Some issues that were highlighted were: The need for doctors to have clear statutory guidance on reporting a death to the coroner; the availability of pathologists, reducing numbers and resultant delays in releasing bodies and progressing the inquest.  The Chief Coroner raised the suggestion of regionally organised pathologist services to try and address these problems.

2.     Broadening when an investigation can be discontinued without a post mortem medical examination;

3.     Non- contentious inquests without a hearing;

4.     Amending Section 13 of the Coroner’s Act 1988 to give the High Court more flexibility when it quashes an inquest;

5.     Deaths at sea (body not recovered) to allow a coroner to investigate a death further out to sea if the deceased had a close connection to the coroner’s area.